I recently had the opportunity to join Dr. Adam Lund and his passionate team in presenting their MGM Tabletop Exercise at the 2016 Athletics Canada Race Directors Summit. As outlined in our previous blog post by Riley and Kelly, the Tabletop Exercise gives the opportunity for players to function as a ‘medical director’ for a fictitious running race event. While they had the chance to facilitate the exercise with over 50 medical students, I quickly found myself seated at a table with 5 race directors – many with years, even decades, of experience. 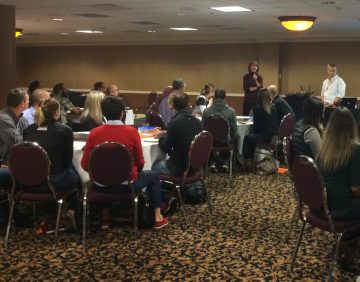 While organizing races is second nature to these experienced directors, it was my job to use the game to push them beyond their comfort zone and encourage them to see the race through different lenses. What would the accountant say to paying for a helicopter to circle above? How would the ER nurse feel about calling 911 for every call rather than transporting to main medical? Would the lawyer really want to allow runners on course without their mandatory headlamp for a night race? Despite their years of experience, the players were pushed to wear hats they normally would never have to consider and come up with creative solutions to satisfy all stakeholders. 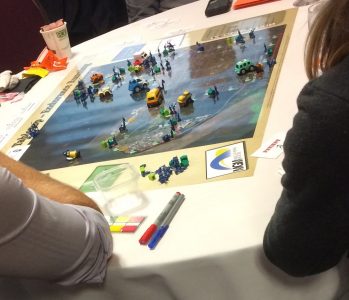 The exercise prompted excellent discussions while developing the medical plan. Seemingly simple decisions to not place aid stations in the first few kilometres quickly prompted dire anecdotes of runners collapsing with a heart attack at the 2km mark. However, is it economically feasible to have an AED at every single aid station? Some said yes, others said no. As logistic challenges arose and patients collapsed, creative solutions were put forward – some better than others, but all with the goal of running a safe race. In the end I think each player walked away with a greater understanding and appreciation for better communication between the often isolated silos of event planners. Overall it was a privilege to learn from the group and see the improvement in comfort with mass gathering concepts. 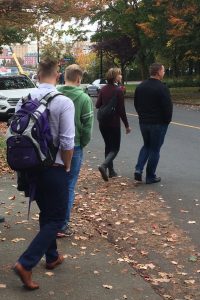 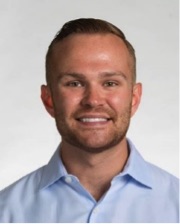