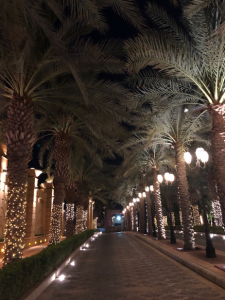 In early December 2019, Adam Lund and Sheila Turris from the Department of Emergency Medicine, along with Colin Mathie from Live Nation, travelled as invited speakers to the 4th International Conference on Mass Gatherings Medicine. The conference took place in the coastal city of Jeddah, Kingdom of Saudi Arabia. In 2017, the King announced a series of policy changes making it much easier to visit the Kingdom and so we packed our bags, climbed on a series of flights for our 22-hour commute, and arrived in sunny, warm Jeddah the next day.

Our host was the Saudi Ministry of Health. Every year the Kingdom hosts roughly 2.5 million pilgrims who are attending the Hajj, an annual religious pilgrimage in the Islamic faith.

Hosting the Hajj requires an unprecedented degree of coordination and management as millions travel to Mekkah. Accordingly, Saudi has a vested interest in understanding mass gatherings and the related health risks and the Global Center for Mass Gathering Medicine, within the Ministry of Health, is a world leader in mass gatherings research. Every 2nd year they bring together experts from around the globe, including Canada, the United States, Malaysia, Russia, Ireland, Italy, Saudi, Qatar, and a host of other countries. The surroundings were conducive to debate and sharing of ideas and so the conversation was lively and the energy level was high. 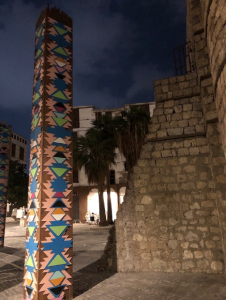 Some of the highlights:

Many researchers spoke about the challenges of advancing the science that underpins mass gathering health. Time for mentorship of new researchers, language barriers, and a dearth of training and funding opportunities were among the many challenges faced by those with a passion for this field of study.

The next opportunity for face-to-face collaboration will be at the World Congress on Disaster and Emergency Mass Medicine in Tokyo, Japan in 2021.