Why a Painting is Never Done

Would you like to hear a story? This is a story about how a great painter taught me a lesson about writing. 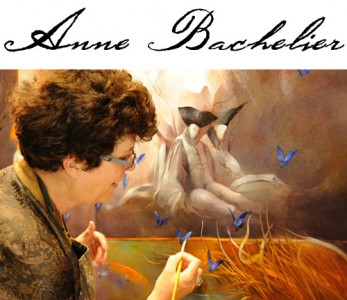 A few years ago (9, actually), Shana and I bought our first “real” piece of original art. Whatever my art budget was before we went looking, we multiplied it by 5 and then added a zero to the end. No joke. But, I love it. It’s an oil painting by a French surrealist named Anne Bachelier. Google, her.

In any case, a few years later, we heard she was doing another show in San Fran at a gallery, and I booked a romantic weekend which included attending the opening. The sales-guy at the gallery knew we were coming, so he arranged for us to come in early to meet Anne. 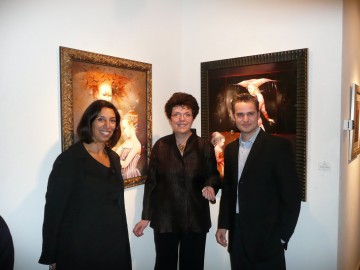 When we got there, she had a smock on, and was doing touch-ups on this huge piece (~$100,000 value). She said there were always little things to touch up after shipping. We chatted with her a bit about her “process”. One of the things she said to me, which I thought was inspired, what that a painting is never finished. She could spend the rest of her career adding paint to a single canvas, and it would never be done. She would come back the next day, and she’d be a new person, so the painting would need to take on what she brought that day. At some point, she had to decide to “just stop”. Finishing a painting wasn’t an absolute, it was just a decision to “move on”.

I think this is how I feel about writing. We start with an idea, and as you have seen, it takes many more months than any of us might have guessed going in. It’s only 10 pages of text. We should be able to knock that off in a couple of weeks, right? The reality is, we have to keep adding paint, to keep improving the picture. But, we aren’t the same people at the end of the process than when we started. Looking back at some of our manuscripts that have “lingered” longer than I would have ever liked, I see that who I am when we hit “submit” is very different than when we wrote the outline for the paper. We have evolved in our thinking. By the time proofs come back from the journal, I want to rewrite the paper, as I’ve learned so much more between when I submitted it and when they are sending proofs.
Like a great painting, at some point, we have to call it done, and move on.
Over the last seven years, I have learned a great deal about writing (though continue to have MUCH to learn).  In order to stick with our mission, to improve safety at mass gathering events, we’ve had to participation in research, education, clinical guideline development, and advocacy/policy work.
Thank you for adding your own strokes….  brush strokes…. key strokes… 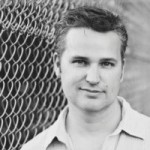