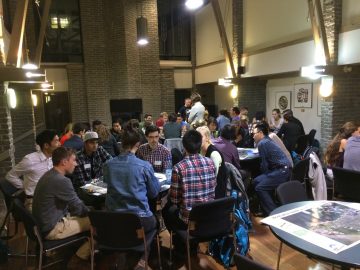 The MGM Table Top night involved a facilitated board game exercise played by over 50 medical students. It gave students the opportunity to function as a ‘medical director’ for a fictitious running race event and consider key stakeholders in the event planning process. The game prompts students to manage typical event patients, work through challenges faced on event day, and allowed students to think through and strategize over optimal placement of their medical resources. It was designed to help bridge gaps between silos of event planners and improve the comfort with mass gathering concepts. 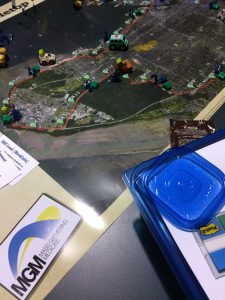 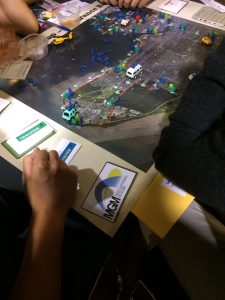 Intro and who I am:  My name is Kelly and I am a second year VFMP medical student and also one of the MGM Co-Chairs at UBC this year!  I got involved in MGM at the start of school last year.  I came from Emergency Nursing before starting Medical School, so as soon as I heard about MGM I knew I was in.  Pretty logical club to get involved with.  What I liked about it was that I was able to stay doing some clinical stuff while doing medical school.  I missed the hands on aspect and patient side of things after starting school so MGM was a great way to keep up with that.

My experience at the event: I was one of the facilitators for the MGM Table Top night last week and have received some really great feedback so far!  Everyone has great things to say with the only criticism being they wanted to play longer!  People that I have spoken to said they would participate again next year if given the opportunity.  It was also a great learning experience for me to facilitate since it forced me to think a little bit more “big picture” about events. 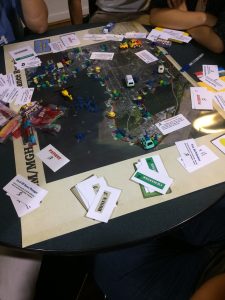 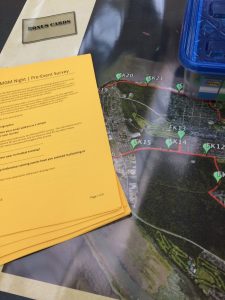 I am hoping next year to get more of a skill mix out.  Most participants were from first year medical school which was awesome but I think having more variety of people playing together would really add a good dynamic.  Overall it was a great night! 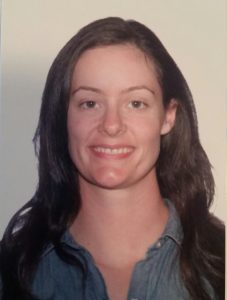